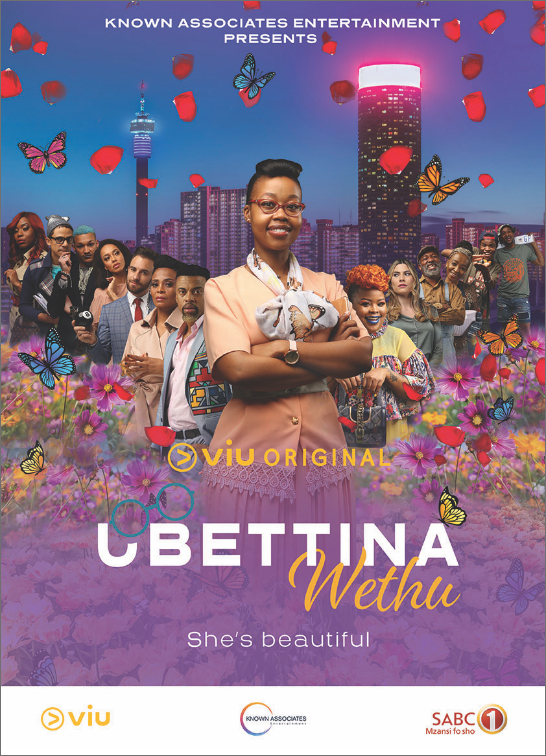 LONGLINE: When Betty, a kind-hearted, smart but quirky young woman with a dream of running her own company, lands a job at Nubia, she must be an exemplary employee as people assume because she is kind and not fashionable, she must be stupid.

WHAT IF: A fashion-awkward, straight – talking young woman, was employed by a branding company whose sole purpose is to carefully curate their and their client’s image? And what if the only thing standing between you and your dream of running a successful business is your boss, who is also the man you’re in love with?

SYNOPSIS:
uBettina Wethu is an adaptation of the international hit series ‘Yo Soy Betty La Fea’. Adapted in 19 territories across the world including USA’s ‘Ugly Betty’, it has aired in 180 countries and dubbed into 15 languages. It Holds the Guinness World Record as the most successful telenovela of all time. In February 2019 Telemundo, USA premiered ‘Betty En NY’, the latest adaptation. It is the most – viewed Spanish – language program among adults 18 – 49 years in its timeslot. uBettina Wethu was the first ‘Yo Soy Betty’ adaptation to feature a black Betty and a South African one at that.

When Betty Sikhakane, a kind-hearted, smart, quirky career – focused woman from a small rural town with a dream of running her own company, lands a job at a brand management company, she has to be an exemplary employee despite people assuming that because she is kind and has no style, she must be stupid – all the while battling her growing love for her boss which clouds her already – blurred boundaries and poses a huge risk to a job that means everything to her.