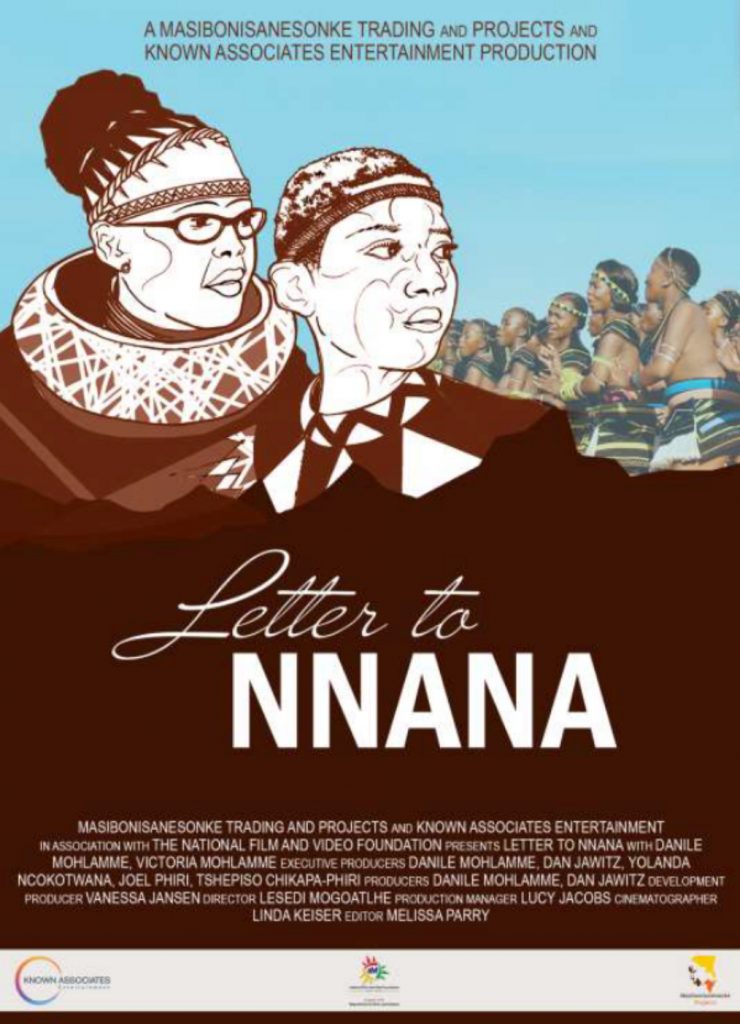 A passionate mother and proud cultural activist, steeped in the ways of her forefathers, struggles to pass on her culture and heritage to her modern, urban daughter.

SYNOPSIS:
Danile Mohlamme remembers having an abundant and fulfilling childhood where she lived with her grandparents who told her rich stories about the past that gave much meaning and colour to her life. She wants the Ndebele story to not be forgotten, and has found a way to breathe life into it through the founding of the Esiqelini annual cultural event that she hosts in Siyabuswa, Mpumalanga.

Taking part in the Esiqelini and other festivals are the sincere endeavors by Danile and other Ndebele parents to pass on their cultural pride and practices to their children through traditional dance, music and food. However, the one person that Danile has found it hardest to sell the Ndebele pride to, is her own her 10-year-old daughter, Victoria, affectionately known as Nnana. She decides to pen a letter to Nnana – a personal, hesitant, and sensitive letter that opens up a window onto the challenges of a modern, single mother who wants more than anything for her daughter to learn about the rich heritage and traditional practices of her people. Raised with Ndebele traditions, Danile introduces Nnana to some of these practices, but in the digital age of infinite distraction, she does not always have positive results.

Letter to Nnana is an invitation for Nnana to enter a cultural-roots journey and discover what Ndebele womanhood is, the dark yet inspiring story of Ndebele people, and how she should also value and uphold Ndebele heritage and practices. Although Nnana is initially hesitant, Danile refuses to give up.