Never hunt what you can’t kill 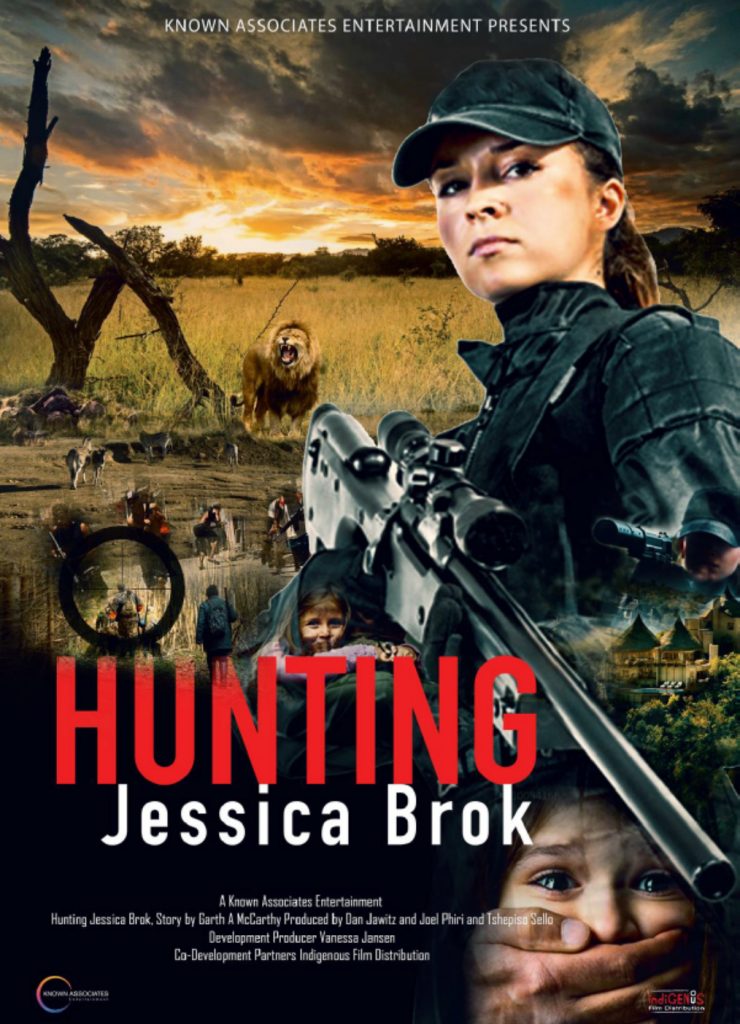 LONGLINE: A retired special forces agent must battle a group of vengeful psychopaths and the African wilderness to get back to her daughter

SYNOPSIS:
Long before she was a single mother in a sleepy South African town, Jessica Brok was a highly skilled, coldblooded, special ops assassin. She thought she’d left that life behind. She thought her last ill-fated mission was her last. She thought wrong.

Jessica’s attempts to capture infamous, endangered animal hunter Lazar Ipacz, ended with Jessica’s entire team being taken out. Ever since, Jessica turned her back on special ops and has kept a low profile as a single mother with a young child in a small South African town where no one could find her. But there was one member of her team who did survive, Daniel, who returns to a disbelieving Jessica asking for a favour. Her guilt lures her in and when she realises it’s a trap set by Lazar Ipacz himself for killing his brother, it’s too late. Lazar has plotted the ultimate revenge…

Jessica is “released’ into the vast South African wildlife, with nothing but the shirt on her back and a ten minute head start on foot. She’s hunted for sport by Lazar and his bloodthirsty motley gang of well-armed hunters all competing to land the kill first. Though outnumbered, Jessica falls back on her special ops training – through vicious knife fights, perilous explosions, and visceral gun battles, she manages to stay alive only for Lazar to up the ante and reveal he has kidnapped her precocious daughter, Nikki, and is holding her hostage. Jessica is forced to return to the dangers of the bush with the stakes even higher. Jessica battles the remainder of Lazar’s men while surviving a crocodile attack and a harrowing encounter in a cave to finally make her way to Lazar. And like a cornered animal, he resorts to anything to stay alive.

Lazar nearly escapes with Nikki before Daniel, having discovered Nikki is his daughter, has a last-minute change of heart and sacrifices himself to give Jessica a fighting chance. While Nikki’s life hangs in the balance, Jessica and Lazar engage in a brutal hand-to-hand showdown. Through her unstoppable and unshakeable will as a mother looking to protect her child, Jessica prevails and in a roaring rampage of revenge she kills Lazar and narrowly saves Nikki. The reunited mother and daughter leave the bush, and this horrendous experience, behind them.