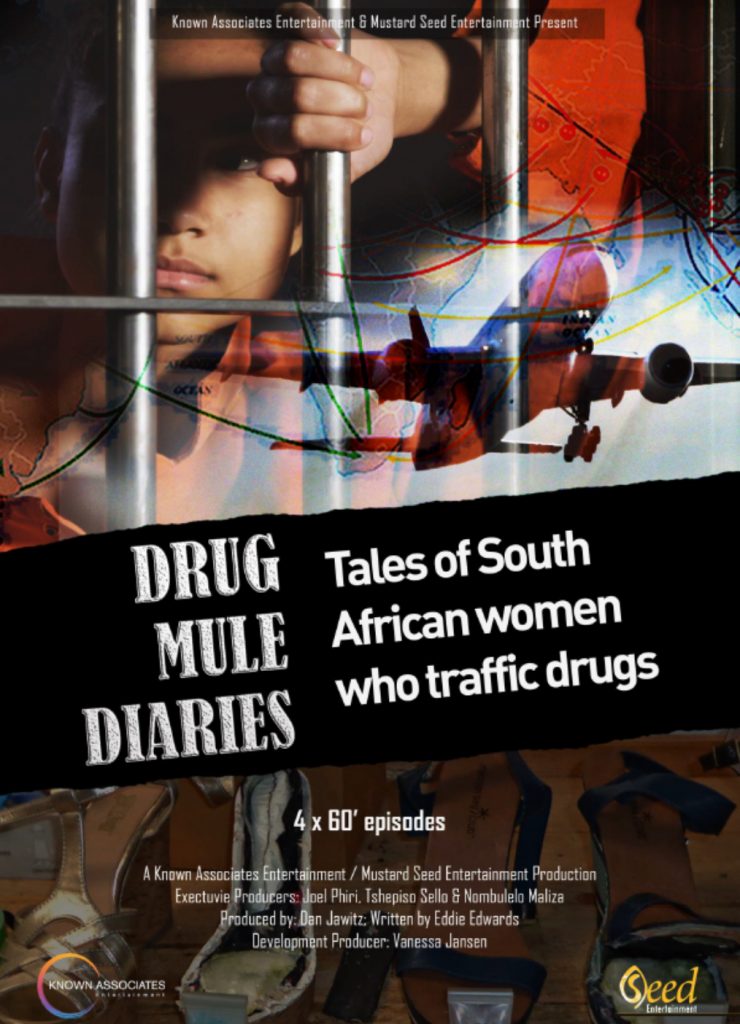 The true story of three South African women lured into the world of drug trafficking, caught in Kenya and sentenced to serve their term at Langata Women’s Prison, Kibera, known for its trying living conditions and random, often brutal crime and mob punishment.

Synopsis:
There’s something immensely intriguing about true crime stories: we’re aware that they are tales of immense human tragedy, but we just can’t look away. We get vicarious pleasure looking into the dark side of life while comfortable in the safety of our homes. From television prison dramas like Orange is the New Black which have gained worldwide acclaim, to the burgeoning number of factual series such as Banged up Abroad: we are captivated by these stories, seen from the point of view of the prisoner. ‘

‘DRUG MULE DIARIES’’ focuses on three women caught up in the web of international drug smuggling, shedding light on the criminals that target their vulnerabilities, often leading them and their loved ones into intolerable and inescapable situations. They were justice is fast and loose and where actions have dire consequences.

DRUG MULE DIARIES tells the cautionary tale of three women who, through gullibility, foolhardiness, plain bad luck, or criminal intent have been caught smuggling drugs and who end up serving time in one of Kenya’s most notorious female prisons – Langata.