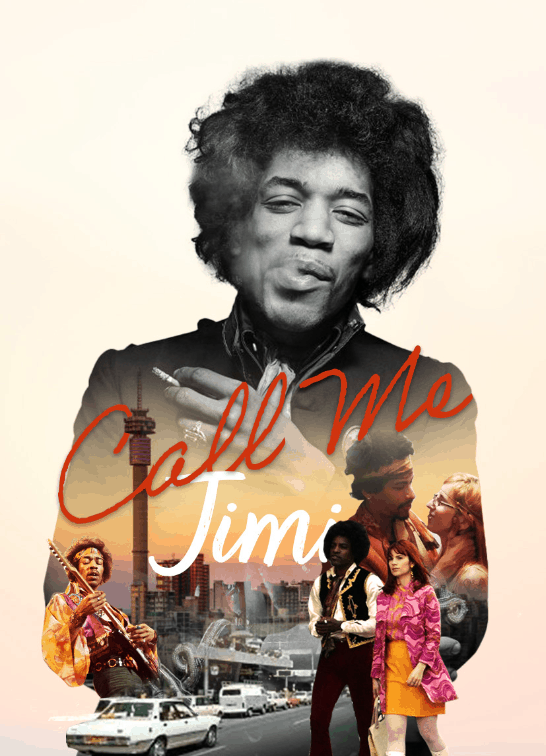 LONGLINE: A young blues/rock guitarist, who believes himself to be the son of the late great Jimi Hendrix, gets the opportunity of a lifetime when he becomes the front-man of an all-white rock band, in the dying years of Apartheid, South Africa.

WHAT IF: What if Jimi Hendrix had an illegitimate son, who grew up in Apartheid South Africa, and like his father, became a phenomenal guitarist.

SYNOPSIS:
A young black South African blues/rock guitarist, James ‘Jimi’ Botlwaka (27), recently released from prison, who believes he may be the illegitimate son of the legendary Jimi Hendrix, recounts his fiery rock star past to a white female journalist at Park Station, Johannesburg’s main train station, as the front-man of an all-white rock band in the dying years of the Apartheid regime. It’s over half a century since the tragic death in 1970 of arguably the world’s most influential electric rock/blues guitarist, Jimi Hendrix. What if this legendary icon had given birth to more than a brave new sound? “Call Me Jimi” is about the world of rock music, but it’s not a rock film. It’s a coming-of-age story, about a young, black & gifted South African guitar player, growing up in Apartheid South Africa, struggling to find his voice and place in the world, who witnesses its cruelties and heartbreaks, and yet finds room for hope as a truly original artist in his own right as he pushes against the boundaries and perceptions that conspire against him. Engaging the viewer to reflect upon and weigh up our own perceptions and ambitions amidst today’s contemporary contradictions.

The premise: what if Hendrix met James’s mother in the swinging London of 1967, when she was touring as a dancer on the theatrical musical West End run of ‘Ipi Tombi’ and James was the result? Strange coincidences and illuminating signs throughout the narrative constantly tug at James’ reality and dreams to keep the audience wondering. Especially when a mysterious letter accompanying an old snapshot is uncovered. Why did James also grow up playing an electric guitar left-handed, just like Hendrix himself 27 years prior?

This unique creative ability leads him into restricted areas no other black SA artist of the time was afforded … but at what price? In the great tradition of feel-good musically inspired crowd pleasers of the modern era like THE COMMITMENTS, SCHOOL OF ROCK, ALMOST FAMOUS, BOHEMIAN RHAPSODY and ROCKET MAN, “CALL ME JIMI” deftly balances drama with comedy to tell an authentic, true to life story against the backdrop of a changing South Africa. Life affirming and inspirational, Call Me Jimi pulsates with the passion and power of music to liberate. With its rousing soundtrack of rock, soul, and blues – both originals and covers – its magnetic but flawed hero navigates a journey that starts at the tail end of apartheid and finishes with the imminent birth of democracy. It is about the triumph of the human spirit over adversity, about remembering your roots, and about giving back to the community that made you