This is not the story of Nelson Mandela and his peers; this is the peoples’ story. 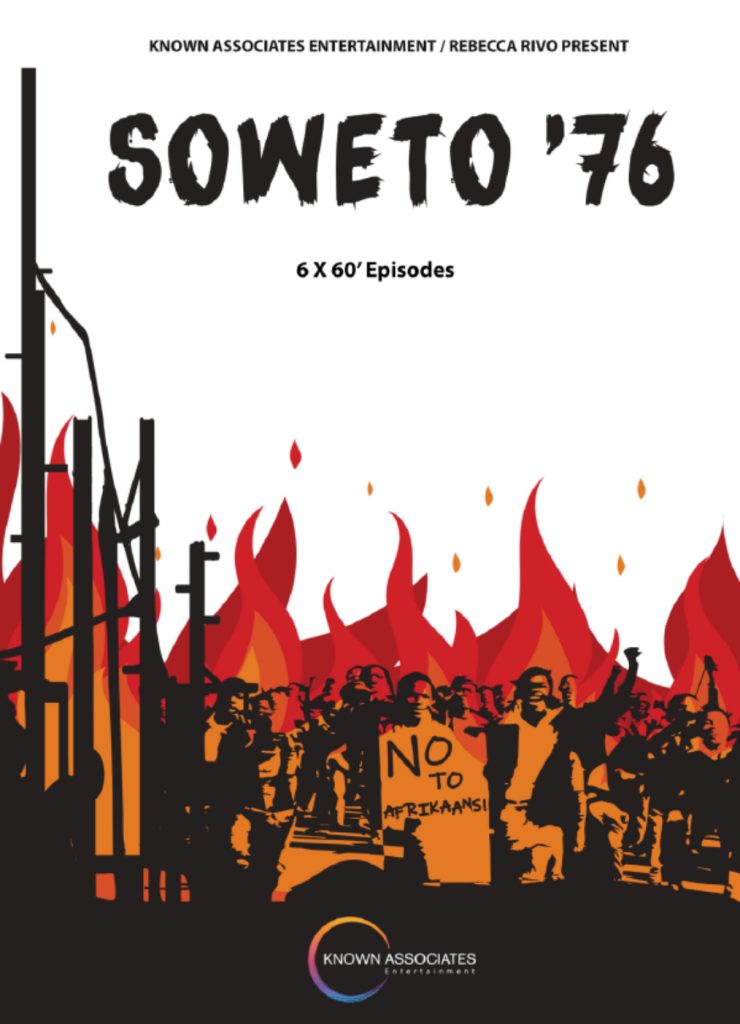 Four naïve students get involved in a peaceful protest against the enforcement of Afrikaans as a language of instruction, but their lives and relationships are torn apart when the apartheid government retaliates with violence.

SYNOPSIS:
The year is 1976, the place is Soweto which is Johannesburg’s most infamous township known for its fashion, music, vibe, crime and political unrest. It is a world of matchbox houses and hostel camps, mine dust that hovers in the air, shebeens and churches, where people go to seek salvation in equal measure. There are soccer matches, beauty pageants, fashion parades and music bellowing from night clubs; train stations where black laborers are packed like sardines to transport them into the city centre for their daily clock in. Sowetans are living their lives, the best way they know how: Stay under the radar. Always carry your passbook. Don’t talk back to the police. Do what you have to do to provide for your children. Big brother is always watching.

Against this backdrop, in June 16, 1976, a group of school children walked out in peaceful protest against the enforcement of Afrikaans as the official language of instruction in black schools, and, instead, were met with savage, deadly brutality igniting the period of turbulence that shook South Africa, and the World, for decades.

Our characters will be based on an amalgam of real and fictitious people where gangs rule the streets with fear and intimidation. Professional black nurses, teachers, doctors and administrators try to eke out a decent existence for their families. Shebeen Queens run the illegal night life taverns where men complain of their white bosses, favorite soccer team losing and the political situation. We will see life in Soweto through the eyes of our students, journalists, photographers and politicians: everyday heroes whose choice and actions will determine their fate.

As the Wire did for Cop shows, and Sopranos did for the Mob show, Soweto will push the boundaries of the coming of age genre. Ultimately Soweto is the story of struggle, of agency, of courage and the perseverance of the human spirit.