One country. Two patriots on different sides of teh same war. 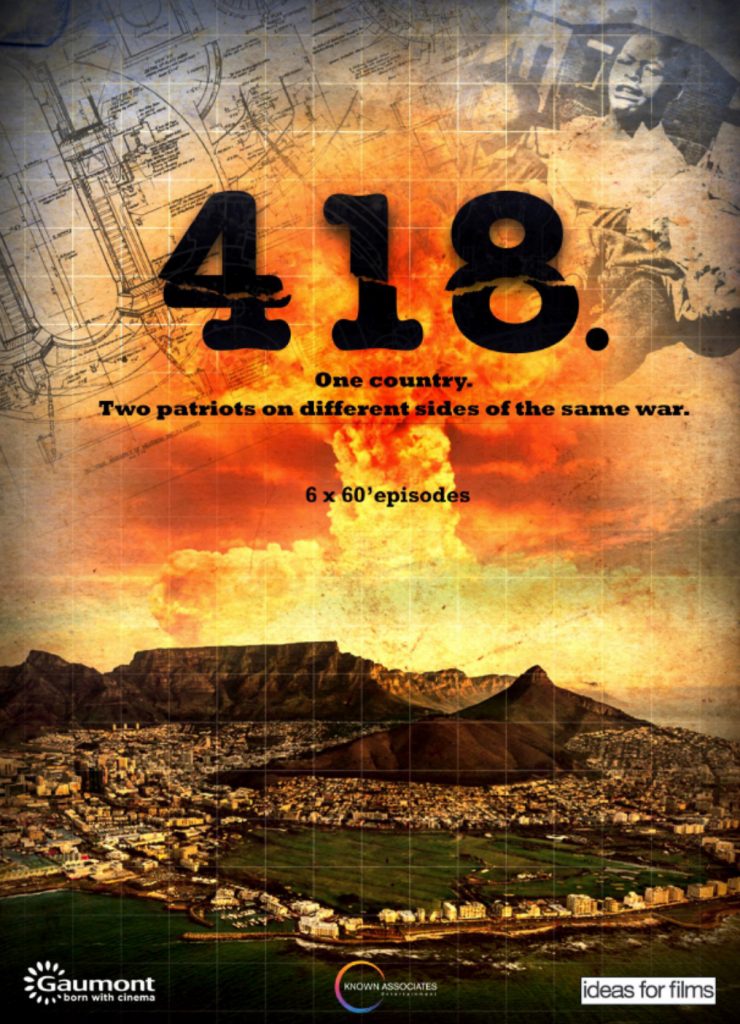 South Africa, 1982. As the Cold War rages on, two South African patriots are on a collision course as one works to prevent a nuclear strike and the other sources parts to build nuclear weapons.

SYNOPSIS:
Nigel Johnson, war-damaged, returns from the Angola front and gets a job as a draughtsman at the construction site of South Africa’s first nuclear power plant. He understands the system is wrong but has never known what to do about it. When he discovers that the plant is part of a bigger plan to build nuclear weapons, he decides to steal the plans and hand them to the ANC and for them to destroy the plant. He persuades his girlfriend, Morag McGregor, to join him on a holiday road trip to Malawi. But Nigel has other plans and they end up in ANC custody in Zimbabwe. His only way to prove he is not a South African spy: to go back into South Africa and blow up the plant himself.

Meanwhile, Pierre Du Plessis, a patriotic intelligence officer working for the Apartheid’s military, is promoted to head up a clandestine nuclear weapons procurement operation under direct orders from the highest ranking general in the South African army, General Bezuidenhout. He relocates to Europe where, despite the UN imposed sanctions of Resolution 418, he quickly learns how to secure all the weapons South Africa needs to fight its wars, even if it means trading with shady, double-dealing, weapons smugglers. Realizing that his bosses have their exit strategy if it all goes pear shaped and that they will never protect him, Pierre goes rogue, finding himself caught between his former employees, the spies and traders he thought he could trust.