Wild is the Wind

It was a quiet town. 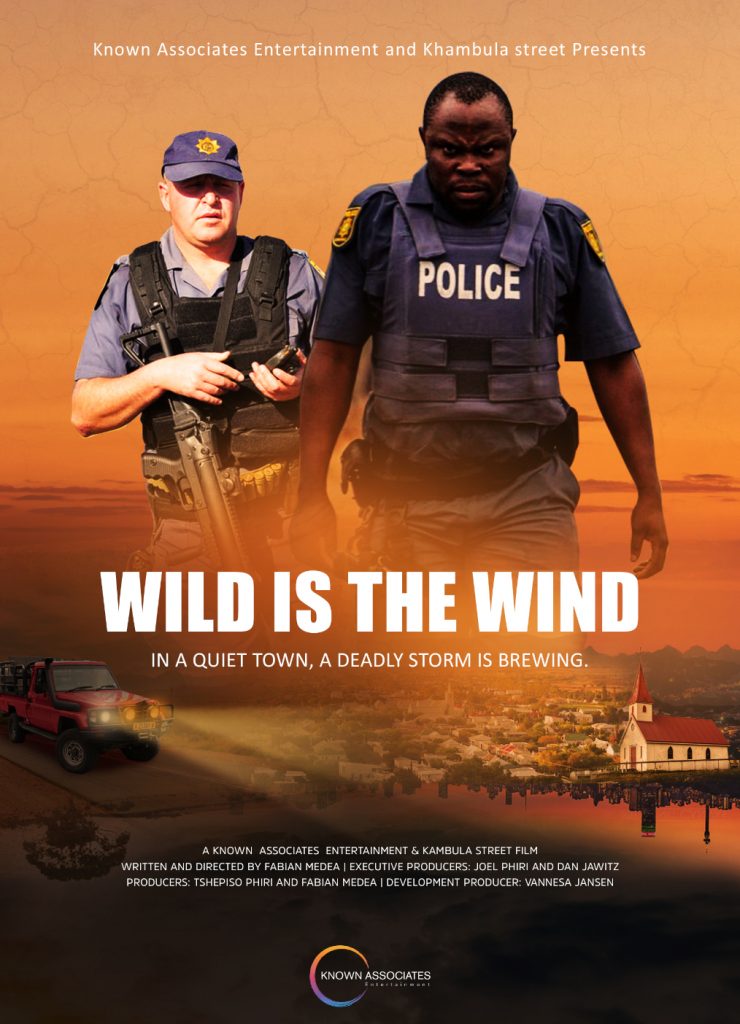 LONGLINE: In a small town, a corrupt cop struggles to take responsibility for his part in the wrongful arrest of a black teenager charged for the brutal murder of a young Afrikaans girl

WHAT IF: A grizzly murder in a small town reveals the societal and racial fault lines of South African society.

SYNOPSIS:
Vusi, a black cop in small town South African, and John, his white partner and best friend, make a dubious decision to steal a stash of cocaine during a sex trafficking bust. Both are desperate for cash: Vusi to leave this rural town in pursuit of a better life in Joburg; John in order to save his family farm which is facing foreclosure. After they conclude their deal with local crime lord Mongo, they are called to the scene of the murder of Melissa Van Der Walt, the 17-year-old daughter of the local butcher. Tensions simmer in the town as some white citizens jump to the conclusion that the murderer must be black. Initially the investigation points to Melissa’s ex-boyfriend, Hennie, but when his alibi holds, Vusi and John pursue the next probable suspect, Sonnyboy, a 20-year-old black boy with a history of crime, who was dating Melissa at the time of her death.